In our journey of self-examination we have been looking at our spiritual practices with an eye to having an overflow of spiritual relationship with Christ so that we will have something to share with others. So far, we have been looking at the classical practices of prayer, Bible study and so forth, but today we begin a look at the expressive practices.  In my case, I was somewhat surprised when I realized that I have been doing more of this than I had been aware of. Expressive spiritual practices can be many things. Traditionally, things like music, art, sculpture and writing have been long recognized as an expression of our relationship with Christ that deepen that relationship.  As we continue, I hope to suggest a few that aren’t always mentioned by the scholars… 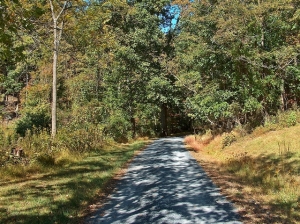 I’m neither an artist nor a musician, but I have been known to take a stab at writing things. In the back of my mind, I’ve always wanted to write books; the idea of being a writer has been attractive to me ever since I was a boy, but I never really thought it would happen… and it hasn’t!  I have written technical things in the past, and some of it has been used by other people under their own names for various purposes, but I’ve never just sat down and written anything on my own that wasn’t concerned with a job in another field.  Even now, I just cannot imagine writing anything that would ever sell.  It has been my project this year to research and put together a work on Biblical covenant, and the series of posts on the subject is the result so far.  When that is completed, the text in those posts can easily be woven into a book or pamphlet (in the old sense) that could be available to download and use to teach the subject as a Bible study, but I am under no illusions that anyone would publish it; it would probably just be given away to anybody who wanted as a sort of ministry.

As you can see, this needs a lot more thought on my part.

Yet as I have been considering this whole subject, it has occurred to me that I write and “publish” all the time!  Yes, that’s right, even though none of it would ever sell, this blog is writing… of a sort, anyway.

While it is my fervent hope that there might be something here that has or will someday bless someone who reads it, all of this has been a huge blessing for me, for in these posts, I have, without trying, made a record of my walk with Jesus Christ.  In doing so, I have come to see and understand things that I didn’t see or fully comprehend in the past, which is to say that my spiritual cup is much fuller now than two years ago when I began. In fact, writing these posts has helped me to navigate some rough and turbulent waters in my own life.

Now that I have said this, let’s take a second to consider.  This is a blog post.  It will be posted shortly on WordPress, a blogging site.  The people who could read it are also bloggers.  If blogging has blessed me in my own personal discipleship, than why wouldn’t the same activity also bless others who write their own blogs?

Over the last few months, I’ve made an effort to take blogging much more seriously.  I’ve made it my goal to post a certain number of posts of a certain quality.  Many of you also do this, and many post at a higher quality than I, but many of you also approach blogging the way I used to; as something of a hobby.  When I became much more serious about blogging, the blessing that I received in my walk with Jesus increased seriously.  It’s just a suggestion, you understand, but maybe the same could be true for you.

Next time, let’s talk about photography…

A long time teacher and writer, Don hopes to share his varied life's experiences in a different way with a Christian perspective.
View all posts by Don Merritt →
This entry was posted in Christian Life and tagged attitude, Bible, Christian, church, discipleship, encouragement, inspiration, Jesus, life, perspective, Religion and Spirituality. Bookmark the permalink.

17 Responses to The Journey: Expressive Practices