A Day for Reflection 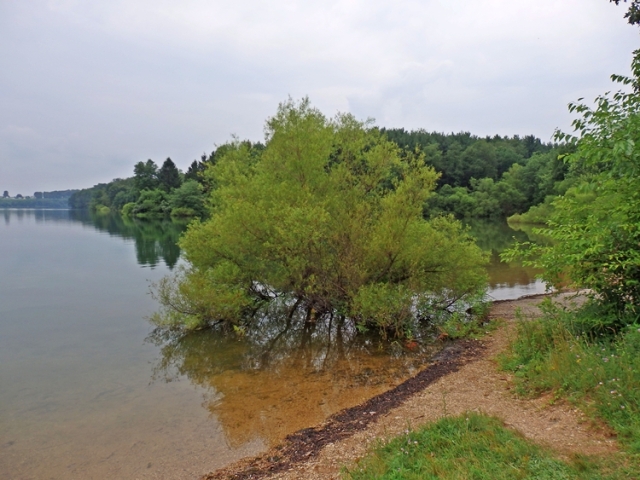 Here we are, another Lord’s Day; what better time to pause and reflect on the amazing things that He does in our lives. For me, all I need to do is look back over the last 2 weeks to see His handiwork.

On June 29 I posted A Challenge right in the middle of the Romans series of posts. I seldom do things like that unless it is on a Sunday, when my series posts are usually not present. June 29 was not a Sunday, yet I felt compelled to write it and post it. The response, both in comments and personal emails, was quite surprising, and went in a really interesting direction as Romans was winding to its conclusion. My last Romans post was on the 6th of July, and then I was “in between” not sure of what to do next. I ran Chasing Trains first on the 7th, and then that morning, for reasons I’m not sure of, I started posting about the church, beginning with Church as an Institution. I thought I might write 3 posts; I ended up with 5 and a half… and finished by committing to Revelation. One thing just kind of led to another…

The comments and emails continued during this time, and were really something. I was not expecting this sort of response to some posts I wasn’t sure why I was writing. You see, in each of those posts, I sat down with no clear idea of what I was going to say. My fingers started typing as words ran through my mind, words I was a little surprised at. Then I read what I had written and though, “Hey, that’s not so bad.”

The same kinds of things were happening with emails and comments; it was really weird. And the next thing I knew, I was on the hook for Revelation! While this was going on, She Who Must Be Obeyed sends me an email saying that that job transfer of hers, the one that will be at least 60 days from now, is suddenly a big priority, more like 2 ½ weeks, and then on Friday, she comes home from work and announces that she is writing up her experiences here in the DC area, because God wants her to share them and the lessons she has learned over the last three years about following Him… and before the conversation is over, we have agreed that I will post them here as guest posts.

So here I sit, reflecting on all of this.

I run a series of posts on Romans, Paul’s great doctrinal essay about love in action in the community of believers. Then I’m compelled to write a post that leads to a little series about the church, which in turn leads to a series on Revelation, which has more to say about the Body of Christ in this world than any other book, and Mrs. M is going to “tell all”… and hurry up and get ready to move a thousand miles back home… while having discussions with many of you “off blog” about things like transformation, Christian leadership, recovery of wounded brothers and sisters, discipleship, unity within the church and providing resources to reach people worldwide on these subjects.

OK, just try and convince me that our God isn’t a very busy guy these days! Good luck…

God is up to something, and the picture of what that is, is beginning to clear up in my mind. What a wonderful and exciting time to be a Christian!

A long time teacher and writer, Don hopes to share his varied life's experiences in a different way with a Christian perspective.
View all posts by Don Merritt →
This entry was posted in Christian Life and tagged attitude, Christian, Devotional, encouragement, hope, inspiration, Jesus, life, love, photos. Bookmark the permalink.

10 Responses to A Day for Reflection