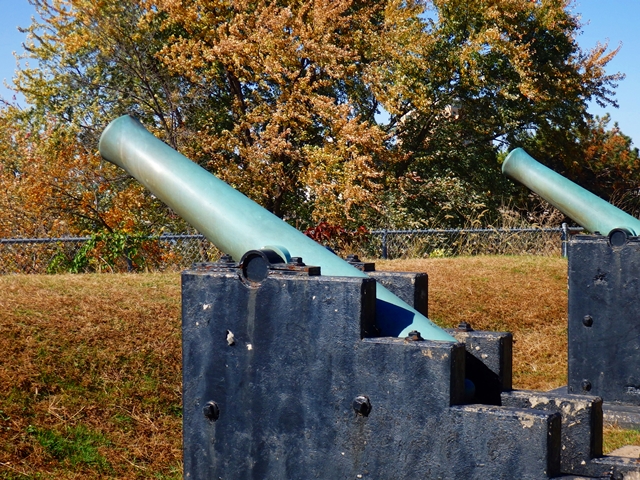 That is certainly a fair question, especially when you consider the fact that I’ve been writing about politics on a blog that isn’t about politics. Yes, you deserve an explanation, and here it is:

We have all been hearing, and indeed many of us have been asking questions like the following:

Why was the campaign so nasty? Why are recent elections so very close? Why is there “gridlock” in Washington and nothing ever gets done? Why are so many people so angry? Why is the news coverage so slanted? Whatever happened to compromise? Where are the leaders and statesmen? On and on it goes, and there is an answer to all of these questions.

The history of men “under the sun” ebbs and flows. There is an established order of things, and then a new movement comes along. Compromises are made by statesmen who rise to the challenges of their times, but sooner or later there are no more compromises left to be made and the result is gridlock. In those times, things drag on for a time, and then one side or the other wins; a new order is established or an old one is preserved peacefully, while other times the result is war.

Here are two examples from American history; if you are not American, perhaps you will think of examples from your country’s past…

In Colonial America, there was an established order of things until the “classical liberalism” of the Enlightenment gained wide acceptance in the colonies. When that happened, it ran headlong into the Imperial might of the British Government and it became clear fairly quickly, all things considered, that there were no compromises to be made. The only option left was war, and the colonies won independence from Britain, establishing a new order of things in America in the late 18th century. Sadly however, things soon became difficult as it became more and more obvious that there had developed two distinct worldviews in the new Nation that revolved around the Institution of Slavery. Through the early 19th century, compromises were made by statesmen who worked tirelessly to hold the new Republic together, but in the middle of that century it became clear that all of the available compromises had been made; it was time for one side or the other to win, and once again war resulted and slavery was abolished as a result.

By the late 19th century, a new worldview was developing that came to be known as Progressivism. This new worldview ran headlong into the checks and balances put in place by the classical liberals of the early Republic. Throughout the 20th century these two ideologies faced off both in America and Europe in a somewhat different way as the local “order” was faced with one form or another of new ideology, each country dealing with it in its own way. In America, statesmen arose and compromises were made, but by the early 21st century it has become more and more evident that there are no more compromises to be made, and gridlock has taken hold; politics has become very nasty indeed. Faced with difficult challenges both at home and abroad, somebody needs to win, hopefully peacefully, or the Nation cannot move forward; this is the dirty little secret that no one is willing to utter in public.

In this climate, Donald Trump donned the mask of a Populist and ran a protest candidacy to take advantage of the fact that a great number of Americans has lost patience with gridlock and respect for Washington. He challenged the pervasive atmosphere of political correctness and won the White House. Yet when the mask of the campaign finally comes off on January 20th, who will we have elected: A classical liberal or an uber Progressive?

Only the President Elect knows for sure.

This dear reader is why things are as they are, at least in my view. Obviously you are welcome to see things differently.

In case I am using terms you aren’t familiar with here, a “classical liberal” can be described simply as someone who believes in and places a high priority on individual liberty and limited government. Ironically, in modern day parlance we call them “Conservative”. Progressives, again simply stated, are those who believe in and place a high priority on governmental activism to manage and solve the country’s challenges to bring about a better society, and once again ironically, we refer to this as “liberal” in our time. I hope you have noticed that I did not say “Republican” or “Democrat”, and I didn’t because there are both views represented in both parties, as well as in independent parties; this is an ideological struggle, not a partisan one.

Finally, having spent so many years of my life researching this, I thought I would create a series of posts in the form of a weekly “feature” on this blog to trace the history and development of Progressivism. I’m thinking that these posts would run on Sunday afternoons beginning in January so that anyone who is interested in such things might have the opportunity to get an introduction to the subject from which they can begin their own adventure of research, without interfering with our “regular programming”.

A long time teacher and writer, Don hopes to share his varied life's experiences in a different way with a Christian perspective.
View all posts by Don Merritt →
This entry was posted in Christian Life and tagged Christian, encouragement, hope, life, personal testimony, photography, photos, politics. Bookmark the permalink.