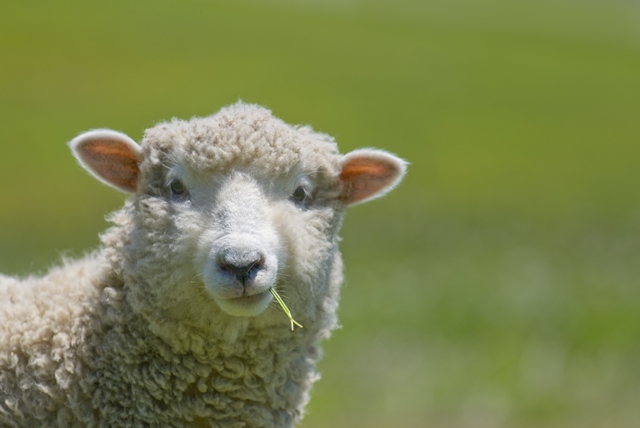 Now the tax collectors and sinners were all gathering around to hear Jesus. But the Pharisees and the teachers of the law muttered, “This man welcomes sinners and eats with them.”

Then Jesus told them this parable: “Suppose one of you has a hundred sheep and loses one of them. Doesn’t he leave the ninety-nine in the open country and go after the lost sheep until he finds it?5 And when he finds it, he joyfully puts it on his shoulders  and goes home. Then he calls his friends and neighbors together and says, ‘Rejoice with me; I have found my lost sheep.’ I tell you that in the same way there will be more rejoicing in heaven over one sinner who repents than over ninety-nine righteous persons who do not need to repent.

Jesus in His response to their grumbling will tell a series of parables that show how much God desires to have sinners repent and return to Him, for unlike the Pharisees and teachers of the law, God loves His children, even those who stray from His path, and wants not even one to perish. For the rest of us, we mustn’t fail to see the contrast between God’s way of love, and the Pharisees’ way of self-righteousness, for there are a great many “Pharisees” among us in our time; will we join their ranks?

In this parable, Jesus uses a simple humble shepherd to illustrate His point: If one lone sheep wanders off, the shepherd leaves the flock to find the lost sheep. When he does, he returns joyfully and puts the recovered sheep back in the flock and celebrates its return. Luke doesn’t say, but I wonder if the Pharisees and teachers of the law grumbled about comparing God to a lowly shepherd, since they were only a notch or two above “tax collectors and sinners” in the social order of the day.

The parable ends with a memorable comment: There is more rejoicing in heaven for one sinner who repents than for 99 righteous men who had nothing to repent of.

I’ve often wondered how many people might repent of their sin and follow Jesus if they had the impression that they would be received with joy and celebration by the “flock” rather than criticism and scolding. I’m sure that in most cases, the flock would be genuinely pleased and happy for one who repents, not critical, so maybe we could do a better job of communicating than most of us are doing…

It looks like Jesus wasn’t waiting around for their reaction; He was off to the next parable.

A long time teacher and writer, Don hopes to share his varied life's experiences in a different way with a Christian perspective.
View all posts by Don Merritt →
This entry was posted in Bible and tagged Bible study, Christian, discipleship, encouragement, hope, inspiration, Jesus, life, love, Luke. Bookmark the permalink.