Peter Speaks to the People 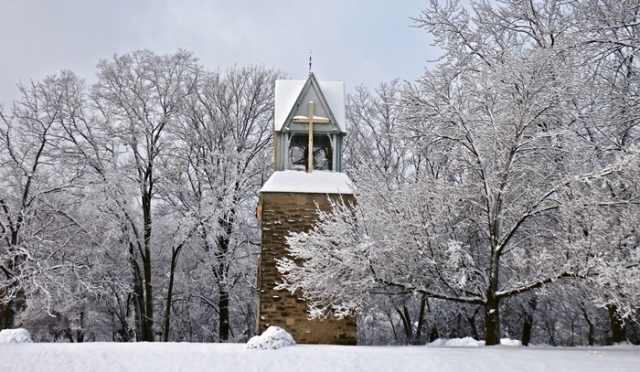 After the man was healed (see Acts 3:1-10), he joined Peter and John and climbs the steps into the temple courts, and as they did this, many people were amazed at the sight of the familiar man walking along, for they all knew him as the cripple who begged near the entrance to the temple. As you might expect, a fairly large crowd of people began to gather there seeking understanding of what had happened.

Seeing the awesome opportunity, Peter began to speak to the crowd. It would seem that Peter’s first thought was to interpret these events for his fellow Jews who were in a state of wonder, so he plainly told them that it was the God of Israel, not Peter, not John, who had done this amazing thing to glorify His servant Jesus, for it is only in the name of Jesus that such a thing could take place (3:12-13a). Isn’t this an interesting, not to mention telling, distinction between the Apostles and a fair number of modern day “healers”?

As a part of making this point, Peter once again pointed out that this Jesus to whom he was referring is the very same man that many in the crowd had participated in having crucified, and that they knew perfectly well who he was talking about (3:13b-15). In this statement, Peter also slipped in the fact that even though the people had participated in Jesus’ demise, He also rose from the grave, and that both Peter and John were eyewitnesses of that fact.

Then, Peter closes this part of his remarks:

By faith in the name of Jesus, this man whom you see and know was made strong. It is Jesus’ name and the faith that comes through him that has completely healed him, as you can all see. (3:15)

With this verse, Peter does something we should take careful notice of, for he places this miracle squarely at the feet of faith in Christ. Again, the Apostles are taking no credit whatever for what has happened, and he is presenting this in a very persuasive way by making multiple references to the parts of the story that they all already knew, as though he is doing nothing more than filling in a few holes so they will understand not only what has just taken place, but what they all saw and heard several weeks earlier concerning Jesus. In the next part of his remarks, Peter will continue to elaborate on this theme.

For us today reading these verses, there is an attitude about the workings of God that we would do well to emulate, for while we may not have been part of anything quite as dramatic as this, we may well be involved in the working of the Holy Spirit both in our lives, and though us in the lives of other people. It is very easy, and I tell you this from personal experience, to see the Spirit working through us in some way, and then to get the feeling that we are pretty cool, that we have done some good and clever thing. Yet we must not succumb to such childish thinking, for it is the Spirit who changes lives, it is the Spirit who uplifts others, and not any of us. Yet such occurrences do give us the opportunity to let others come to recognize what has happened, so that they too may come to discern His glorious works.

Next time, we’ll pick up Peter’s comments at verse 17; see you then!

1 Response to Peter Speaks to the People